Symptoms and treatment of typhoid fever

Symptoms and treatment of typhoid fever

Typhoid or typhoid fever, originally from the scope of traditional Chinese medicine, has a broad and narrow sense of distinction. But after the introduction of modern western medicine to the east, bacteriology has found a disease with typhoid bacteria, which is also known as typhoid disease.

Chinese and western medicine on the concept of typhoid fever is not the same, should not be confused.

After the authoritative typhoid diseases test, experts also found the symptoms of typhoid fever, which is very helpful for their future typhoid treatment.

Typhoid fever can be clinically diagnosed based on epidemiological data, clinical experience and immunological examination results, but the diagnosis of typhoid fever is based on the detection of pathogenic bacteria. The incubation period is 5 to 21 days. The incubation period is related to the quantity of infected bacteria.In the typhoid epidemic season and region, there is persistent high fever (40 ~ 41℃) for more than 1 ~ 2 weeks and special toxic appearance, relatively slow pulse, skin rose rash, hepatosplenomegaly, peripheral blood white blood cell count is low, eosinophils disappear, there are typhoid cells (ring cells) in bone marrow, which can be clinically diagnosed as typhoid.

Suspected illness may be diagnosed if one of the following items is present.

(1) typhus bacillus was isolated from any specimen of blood marrow, urine or faecal rose rash.

The natural course of typical typhoid fever is about 4 weeks and can be divided into 4 stages.

Equivalent to the first week of the course. The onset of illness is mostly slow. Fever is the earliest symptom and is often accompanied by general malaise, fatigue, loss of appetite, headache, and abdominal discomfort. The disease gradually aggravates and the body temperature rises in a ladder, reaching 39 ~ 40℃ within 5 ~ 7 days. There is chills before fever, little chills, little sweating. Enlarged spleen and liver were often palpable by the end of the term. 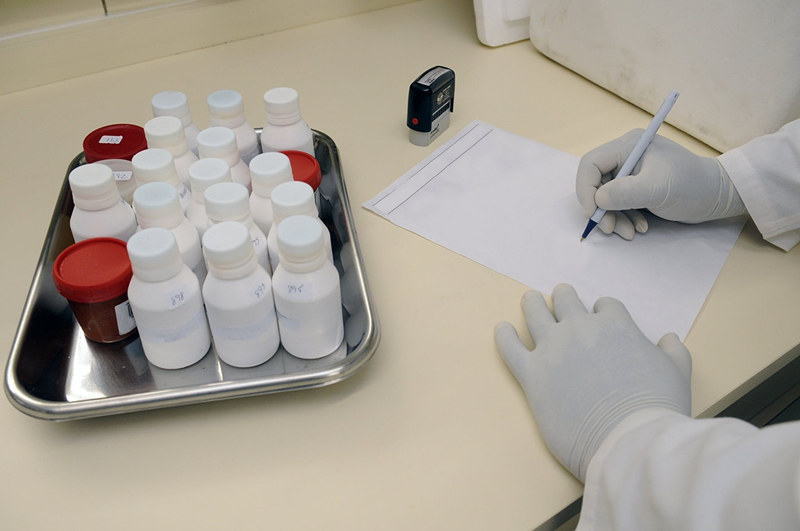 Understanding the disease, there are ways to treat, which prompted typhoid diseases prevention and typhoid diseases control work.Specific treatment methods are as follows: For general treatment and symptomatic treatment, the patient was isolated by infectious diseases of digestive tract after admission, and after the disappearance of clinical symptoms, the fecal culture was sent for examination every 5 to 7 days, and the isolation could be removed if the clinical symptoms were negative for 2 consecutive times. Patients with fever must stay in bed, sit in bed for 2 ~ 3 days after the fever, and have mild activities for 2 weeks after the fever. Should give high quantity of heat, high nutrition, digestible diet, including adequate carbohydrate, protein and various vitamins, in order to supplement the consumption in the febrile period, promote recovery, during the febrile period, it is appropriate to use liquid or soft diet without slag, a small number of meals. After antipyretic, after appetite increases, can enter gruel gradually, soft rice, avoid eats hard and much dregs food, lest induce bowel haemorrhage and bowel perforation, 2 weeks just restore normal food after general antipyretic. Patients should be encouraged to drink more water, about 2000 ~ 3000ml per day (including diet), to eliminate toxins. If the patient is too sick to eat, 5% glucose normal saline can be used for intravenous infusion.

For severe toxemia, hormones may be used in combination with adequate effective antimicrobial therapy.

The above is the introduction of typhoid fever, hope to help you, typhoid fever and upper respiratory tract infection disease is relatively similar, but hope you can distinguish clearly, once the above symptoms, to timely treatment, so as not to induce other complications.